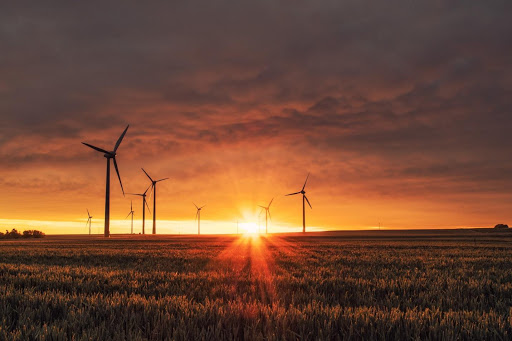 Note from the editor: For Earth Day 2019, the team at VFG is celebrating with a week full of activities and consciousness around what it means to care about the environment. While our wheelhouse is in investments that focus on having a positive impact in the world, we are also a team of people who live our personal lives congruent with our professional ones. This week we’ll feature a series of blog posts dedicated to Earth Week.

There is a desperate need for consumers to become more conscious of their energy usage and to use that awareness to reduce their impact on the environment.

The average U.S. household consumes 963 kilowatts per month and one third of all energy consumed in the U.S. is coal, with utilities purchasing 90% of the coal-powered energy.  Sulfurous coal causes acid rain and in addition, it releases the greenhouse gas carbon dioxide by the thousands of kilograms. In 2006, when half of all U.S. energy came from coal, 1,970 kg or 83% of all U.S. carbon emissions were from coal. The everyday use of electrical devices is what drives the demand for electricity, most of which comes from the burning of fossil fuels, including natural gas and coal. According to the U.S. Department of Energy, in 2017 only 17% of energy came from renewable sources such as solar, wind, hydropower, geothermal and biomass.

SO, what does this mean for us? What can the average American (like me) do?

There are four basic approaches we can take to reduce our energy consumption:

The first two are easy and are a matter of personal behavior, getting into the habit of turning off lights when leaving a room and unplugging devices is a matter of mindfulness. According to Jeff Smith of Pacific Gas and Electric, some ‘vampire’ appliances are collectively responsible for 10% of a home’s energy usage. Flat screen T.V.’s are one of the worst offenders, along with video game consoles, toasters, microwaves, coffee makers, computers and phone chargers. One easy solution is using a power strip and turning off the power strip to stop the phantom charge being drawn from these appliances and devices. That way, when you’re not home, these machines won’t be draining power and charging your electric bill.

Purchasing energy efficient devices and appliances requires an initial investment, but everything needs replacing eventually. So, when you do buy new devices, be sure to research them – or at least rely on ratings given by organizations concerned with appliances’ energy efficiency.

In closing, let’s discuss what to do about the electrical usage that you DON’T plan to reduce. Some utilities now give consumers the option to elect how the energy powering their homes comes from. In fact, according to Energy.gov, 50 percent of Americans now have a choice of whether their energy comes from renewable sources! An example would be a program in which a resident can elect to purchase their kilowatts of electricity from a wind farm. Imagine the wind farm produces 100,000 kW of energy, and a nearby coal-fired plant produces 900,000 kW of energy. The utility company purchases energy from both sources, so the households it serves would traditionally receive 10% of their energy from renewables and 90% from nonrenewable sources.  A resident with an option to purchase their energy from a specific source can designate their preference, and start paying for energy from 100% renewable sources. Their electric bill might change, as the energy sources might cost different amounts, but they would be supporting clean energy technology and reducing their carbon footprint. This is a great solution that is often overlooked by homeowners.

Better known ways of getting renewable energy also exist—a homeowner can retrofit their house to run on geothermal energy to keep their homes at a comfortable temperature, or lease their roof out to companies that put solar panels on the roof and spare them electricity as part of the payment to the homeowner. In the latter case, the companies own and maintain the solar panels while the homeowner reaps the benefits of a reduced energy bill and clean energy. There are often tax incentives, grants or special homeowner loans for those who use renewable energy in their homes.  Consult with a financial advisor at Vanderbilt Financial Group who is impact-oriented and can help make environmental recommendations.

Tina has a Bachelor of Science in Environmental Biology.  She is a dedicated member of the Vanderbilt Team with a passion for the Environment.