The October Effect: How to Overcome Stock Market Fears 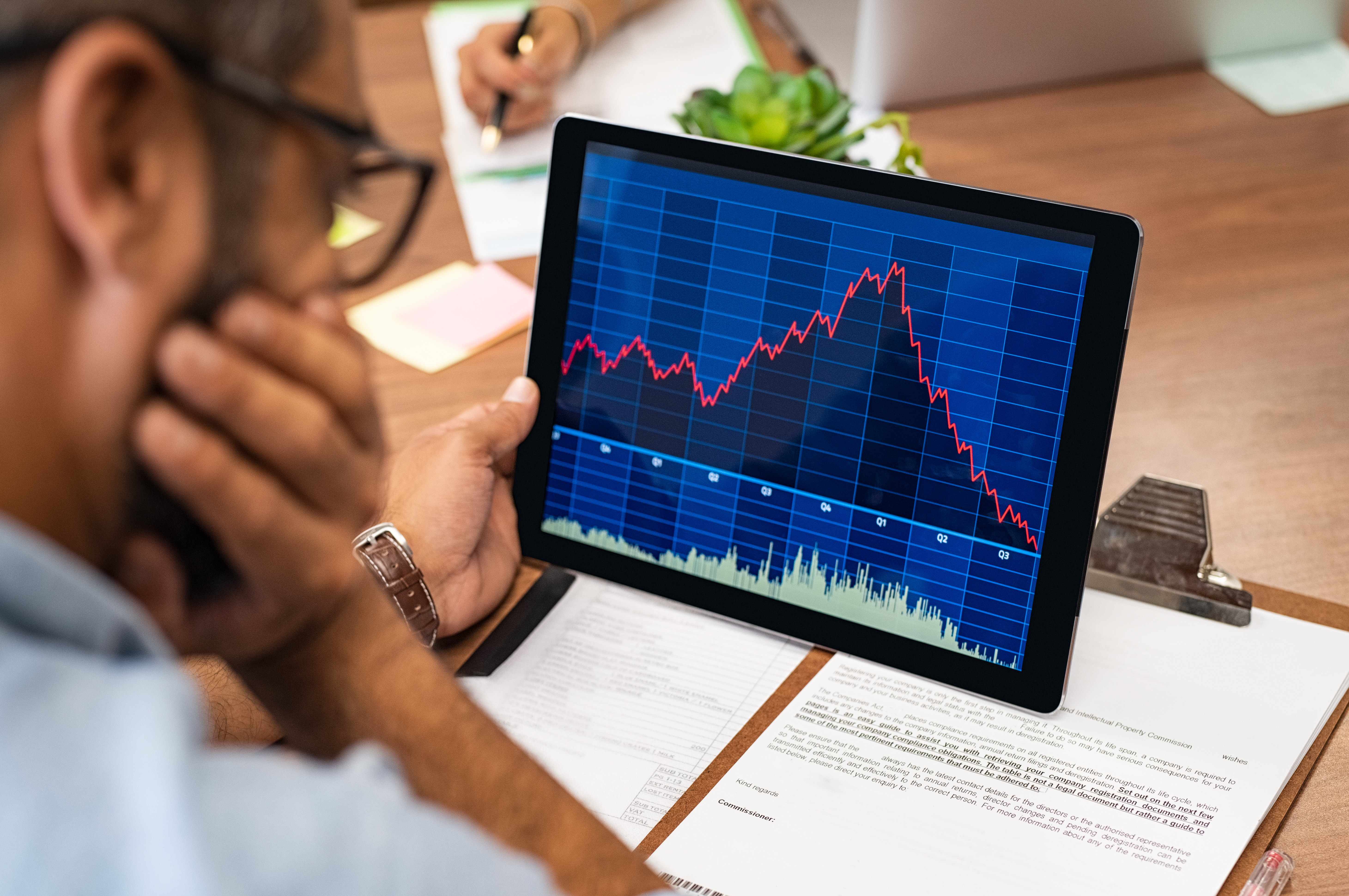 The four-day Stock Market Crash starting October 24th, 1929, remains the worst Stock Market crash in U.S. History. Another ominous event in our collective memory happened on Monday, October 19th, 1987, when a sudden and largely unexpected stock market crash affected markets around the world. Stock markets fell in Hong Kong (45.5%), Australia (41.8%), Spain (31%), and the United States (22.68%). It was such a bleak day that it has been referenced countless time in popular culture as “Black Monday.”

So, what do these two events have in common? They both occurred in October. In fact, October has a reputation for being the most volatile month of the year in terms of market fluctuation so much so that this activity is nicknamed “The October Effect”. In statistics, Standard deviation is a measurement of volatility. StockCharts indicates that “The larger this dispersion or variability is, the higher the standard deviation.” The chart from MarketWatch illustrates the high standard deviation of daily returns of the S&P 500 Index in October:

Harry Markowitz, the Nobel-winning economist argues in his Modern Portfolio Theory that larger standard deviations imply higher dispersions of returns as well as greater investment risk. The greater amount of risks could induce this fear among Investors/traders with varying levels of risk tolerance that market tends to do badly in October. However, this fear is vague at most. First, past performance is no guarantee of future results. Secondly, adverse financial events do not tend to cluster in a given month. The largest bankruptcy in the U.S History, the collapse of Lehman Brothers, which triggered the 2009 Financial Crisis, happened on September 15th, 2008. The biggest Dow Jones Dow point drops are often spread out throughout the months, not just in October, as the chart from Yahoo Finance displays: 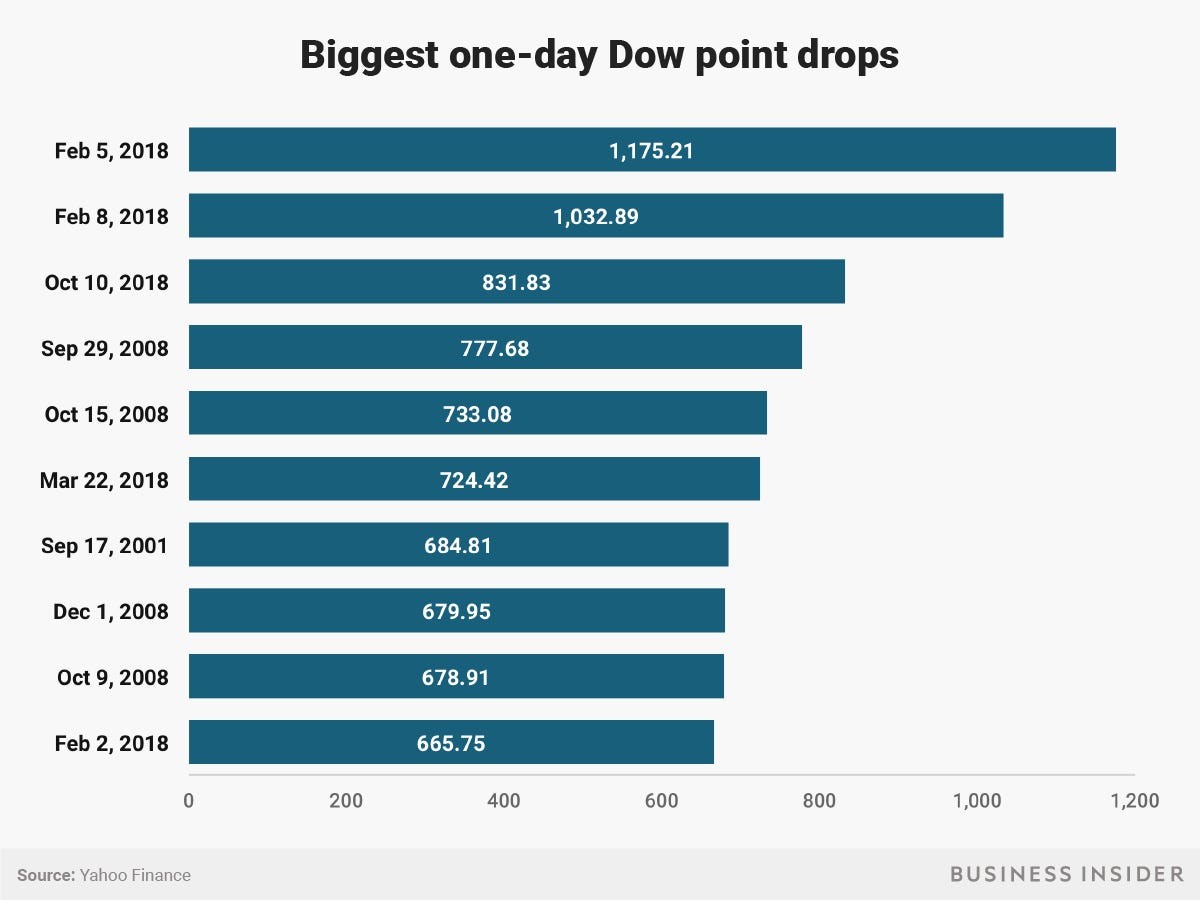 Thinking about the October Effect leads us to ask the question: Is fear still a legitimate factor in the stock market? The answer is yes, even though fear is only a part of a larger set of attitudes and emotions that affect our decisions.

The Downside of Market Fears

Traders and investors seek to profit off the stock market with different methods. Seeking Alpha, the world largest investing community, emphasizes that traders are not truly investing in a long term as traders mostly look for short term gains.

Despite the differences in their methods, traders and investors are both susceptible to irrational fears. If a trader has psychological pitfalls and lacks the mental courage and discipline to stick to a strategy, the most effective strategy in the world won't do much good. Successful traders take charge of their psychology. As Investopedia puts it, “Fear causes traders to close out positions prematurely or to refrain from taking on the risk because of concern about significant losses. Fear is palpable during bear markets, and it is a potent emotion that can cause traders and Investors to act irrationally and hastily exiting the market. Fear often morphs into a panic, which generally causes significant selloffs in the market from panic selling.”

According to Moneyshow, there are four types of Trading Fears:

For Investors, the emotions and mental state that influence their actions, and can be as critical as other factor’s such as knowledge, experience, and technical skills when determining the success or failures in securities. Fear can often drive decisions that seem to eschew risk and generate too little of a return for Investors.

Overreacting to market fears by an investor often lessens returns over time in all types of funds, as a recent study conducted by Centered Wealth and George Mason University points out. For example, investors earn much less than mutual fund performance. Dalbar's 2015 Quantitative Analysis of Investor Behavior study looks at data from Investment Company Institute (ICI), Standard & Poor, Bloomberg Barclay Indices, and proprietary sources. The study shows that the S&P 500 had an average annual return of roughly 10% during the 20-year period ending. During the same time frame, the average investor experienced an average annual return of just 2.5%, much lower than that of the S&P 500.

So, what can we do to minimize fear and the investor behavior that results, and gain more confidence in?

Each October, we’re reminded of how historically volatile the month is through news outlets, the media, and popular culture. We have to remind ourselves that is not only a probability game in which a trader risks winning or losing, but that is also a speculative game. The more we fear and behave in contrast towards what the financial indicators point towards, the more we risk losing. The most effective traders need to have a strategy and mindset of investing for a long haul. A trader could engage in a passive buy and hold strategy in investing. They could ignore short term price movements, any stimulus that potentially triggers fears, and keep a relatively stable portfolio over a long period of term, as long as ten years or decades.

Not only the buy and hold strategy minimizes fear, it has tax benefits, as securities sold that have been held for longer than one year have gains taxed at a maximum rate of just 20%. On the other hand, short term investors who sell securities within one calendar year of buying gets gains taxed as ordinary income. Investors in the low tax bracket category may even qualify for a 0% long-term capital gains tax rate, according to this article by Investopedia.

The best professionals will still lose – timing the market perfectly is almost an impossible task. The key is to rely more heavily on your knowledge, experience, and technical skills than on emotional feelings. Click here for books and resources on psychology to improve market strategies.

Vanderbilt’s equity execution services group has over 80 years of collective equity trading and execution services.  Are you an Advisor who is passionate about trading, investing, and exchanging knowledge with other dedicated professionals? Join our growing firm.

Joseph Trifiletti is the Chief Operating Officer of Vanderbilt Financial Group and a driving force behind the firm's success. Joe has been with the firm since 2006. He holds Series 7, 66, 24, 53 and 4 securities licenses and is an alum of Farmingdale State University.