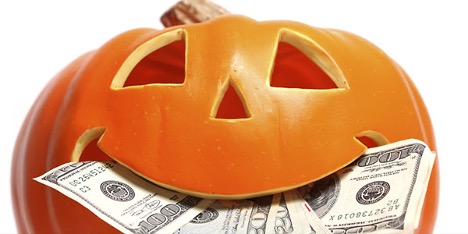 October is the month of Halloween, which means dressing up, scaring one another, and enjoying some treats. However, October is also a SPOOKY month for other reasons, no pun intended.

In the past, October has been known to be the worst month for the market. The October Effect is a known term in finance. It’s a “perceived market anomaly that stocks tend to decline during the month of October” (Hayes, 2020). Why do people still believe in this superstition you might ask? There are many reasons.

Well, in 1907 there was The Bank Panic. It was “a financial panic that threated to engulf Wall Street, mostly owing to threats of legislative action against trusts and shrinking credit” (Beattie, 2021). When did that panic take place, you may ask? In the month of October.  In 1929, the Stock Market crashed. This began on October 24th and “was a bloodletting on an unprecedented scale because so many people had money invested in the market. It left several "black" days in the history books, each with their own record-breaking slides” (Beattie, 2021). In 1987, Black Monday happened on October 19th. It was an unexpected stock market crash because of the automatic stop-loss orders and financial contagion (Beattie, 2021). The most recent instance is October 2008, when there needed to be a Wall Street bailout package because of the Financial Crisis (Singh, 2021).

So, what did we learn? The October Effect is more psychological and as always, the stock market is volatile and no real financial events cluster as any given point (Beattie, 2021). So, let’s leave the spookiness to the only real spooky event in October, Halloween.

Beattie, A. (2021). Why October Is the Month of Market Crashes. Investopedia. https://www.investopedia.com/articles/financial-theory/09/october-effect.asp