What a human “pause” is doing to our environment.

We’ve seen the phrases “unprecedented times”, “challenging times” and even “ushering in a new era” in countless articles, emails, and commercials when it comes to the COVID-19 epidemic. And it’s true, we are in unprecedented times in which our human activity has been halted, or paused, for a brief moment in time to ensure the safety of our communities. While the media has focused more on the many negative effects of this pause, portions of the environment have seen positive outcomes.

In celebration of this week’s 50th anniversary of Earth Day (4/22), below I share some of my favorite positive environmental impact stories to come out of the COVID-19 pause.

The canals of Venice are running clear

In Italy, residents of Venice are seeing crystal clear water in canals that are usually known for their murky coloring. The mayoral office of Venice explained to CNN that human boat traffic on the canals causes sediment to stir up, discolor the water, and effect air pollution levels. Without the traffic, Venice has seen sparkling waters, a return of wildlife such as dolphins and swans to the waterways, and diminishing levels of air pollution. Che bello! 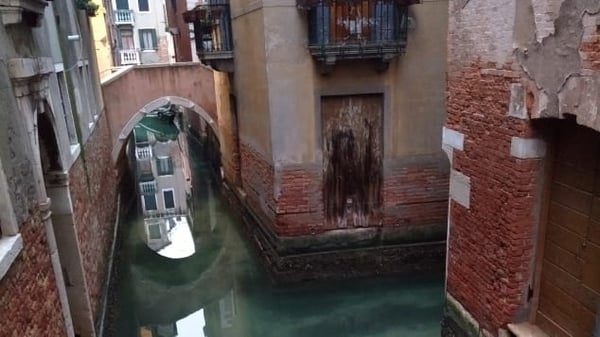 A marvelous sight of the Himalayas

The US, China, and Europe are not the only regions to halt human activity for the coronavirus, India has also instituted their own 21-day lockdown. India is one of the world’s largest polluters by sheer population size alone. As less human activity takes place, the air pollution and levels of smog have significantly decreased enough for residents of a northern city in Punjab to see the Himalayan mountain range for the first time in 30 years. Jalandhar is about 200 km (~100 miles) away from the Himalayas. The decrease in pollution has been directly attributed to the decrease of ground and air transportation in the region according to India’s Central Pollution Control Board. They estimate the air quality index improved by over 33% in the first three days of the lockdown.

Nitrogen dioxide pollution has been decreasing throughout the world, but most significantly over highly populated cities in China, Italy, Spain, the U.K. and throughout dense regions in the US such as New York, Los Angeles and San Francisco. Nitrogen Dioxide (NO2) emissions are the by-product of transportation, which makes up 23% of global carbon emissions according to researchers at Lund University.

These positive environmental stories only show one side of the coin. These changes won’t last forever and are merely a positive blip on the map for an otherwise bleak environmental future. The pandemic we are currently facing will have an eventual solution but what will happen to the environment when we start the eventual increase in human activity and transportation? Will the level of greenhouse gases again reach “unprecedented” levels? As BBC travel reporter Chloe Berge points out, “When the world stays home, the planet benefits. There’s nothing good about the coronavirus, but with a ban on non-essential travel and some countries in lockdown, we’re able to witness what happens to the Earth when we’re largely absent for the first time.” How can we use this time to find solutions for the future - either sustainably or through abstinence?